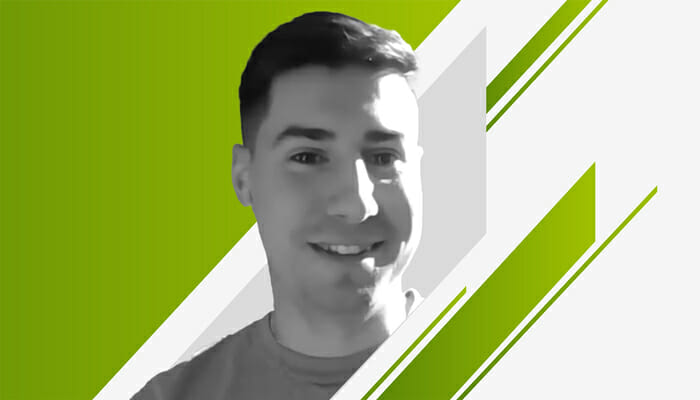 With more than 400 multinational brands, hundreds of marketers at Unilever have their hands full when it comes to planning. From Ben & Jerry’s Chunky Monkey ice cream, to Dove’s Cool Moisture soap bars, to Lipton soup mixes, the $50 billion consumer goods company certainly manages a diverse range of products, bringing profound marketing complexity to the organization.

During times of uncertainty surrounding logistics and supply chain in particular, Unilever benefits from having a “North Star” marketing strategy: a place at which marketers can look to ensure their plans are aligned with top-level targets and business goals.

Learn more about how Unilever manages marketing uncertainty, handles sudden pivots, and ensures everyone’s voice is heard when it comes to planning at such a huge organization.

What does “planning” mean to you?

From a financial lens, I think planning is a way to scope out the future and make sure that you have the right resources to do so responsibly.

Within the financial world, we’re constantly giving our projections for next quarter, next year, and so forth. For me, planning is making sure that when you talk to someone else, you’re able to say, “Here’s what we’re planning. Here’s actually how we’re going to deliver it.” Then, it doesn’t become a discussion several months down the line—when the actuals come in—that anyone is really surprised (unless you’re totally off on your planning!).

It’s more of a chance to set the expectations and align them with all of your stakeholders, making sure you have the resources to get there.

I came from a math background (statistics), so for me, it’s been on-the-job learning.

I learned more from a strategic level first, asking myself what a CFO and a CEO would be looking at in terms of their plan. Instead of it being a more defined plan, you ask yourself how to manage your expectations. You set your strategic intent, and then you see how your implementation is working out with the nitty-gritty details.

On the other hand, sometimes if you start with the nitty-gritty details, you can get a little lost because you don’t have your North Star.

In my first role at Unilever, it was all about strategy: for example, talking to the investors about how to set something up. When I went out to the factory, it was the complete opposite, where they look at the nitty-gritty details—how they actually make a product on the line at a certain time. Then, when I started working with the “S&OP” teams—the sales and operations planning—it married the two.

How do you effectively plan at such a huge company with so many different categories?

We typically set the strategy three months out, at a bare minimum, to about a year in advance. That’s kind of where we get our North Star.

From the financial lens, we roll up everything and then start to have a series of meetings. We’ll look at the lowest level where people are going to spend the money, roll it up, and see if it’s off from our expectations. If it is, then we have a discussion to see if we messed up something in our strategic agenda, or if it just didn’t trickle down to the lowest level and we need to make big tradeoffs.

That’s where the real fun begins. We’ll go through our individual plans and slice and dice them to different levels. We’ll look at things like our media spend compared to our samples that we’re planning to send out. Is the media spending spot-on? Did our sample costs go up because of inflation? Are we sending out 20,000 more samples than we originally planned?

We look at these things through healthy but honest discussions. For instance, if we’re looking at our Ben & Jerry’s plan, we’ll look at how commercials are delivering in the context of our core strategy to achieve top-line growth, and how samples are going to contribute.

Who is involved in the marketing planning process?

The marketing planning process includes the leads of our categories—you might have the leader of Ben & Jerry’s with the leader of the Ice Cream category—but it’s in the same discussion with the lead marketer who actually went up and set those plans.

This part is what I love about Unilever. While there’s always a vertical hierarchy, it feels very horizontal in all the conversations. Everyone’s in the discussions, and we do it in stages that seem appropriate.

We do it at one level, where the overall game plan is decided, and then we bring it to the next level as we roll up our business and look specifically at, say, the North American business and work with the right counterparts there. And then we’ll roll it up and look at it globally and see how things look.

We have nice matrices that we go through, but we always have proper handoffs. Even if someone isn’t directly speaking with the CEO, they can at least know their input is making it up to that level.

Typically, the global team will come in with their intention, their North Star, to say (hypothetically) that they’re going to use $100 million of marketing spend. Then that trickles down to the North American leadership level, where they look at how it should be split. On the financial side, we might say we need a little more or a little less.

Then, when it makes it down to that category level—e.g., the Ice Cream level—the real nitty-gritty details come into play. When we get there, it’s never about delivering according to an exact plan. It’s up to them to deliver on the spending goal and break up the plans as appropriate. I think that really empowers the right decisions to happen at the right level.

Compared to pre-pandemic, how often do you plan, and what marketing techniques do you need to keep in mind nowadays?

At a very high level, we set a three- to five-year strategic plan, and that’s both pre- and post-pandemic.

The difference now is not in the time frames we look at; it’s more in the variability that we allow. Let’s say the growth metric needed to be between 3% and 5% in the next three to five years. We would now say it might be more like 2% to 6%, due to volatility and uncertainty. But we would still go through the practice of having the strategic plan to make sure we have a proper North Star.

One of the big things right now is logistics, which is always such a wild card, because it affects if you’re getting enough stuff in to make your goods, and then enough stuff out to even sell the goods. So, we just build natural buffers into our plans.

Before the pandemic started, we were looking at setting up our entire company to be more division-focused: e.g., how Food & Refreshments and Beauty & Personal Care operate, and how we plan for each individually.

But when the pandemic hit, we realized it was more of an individualized case in the countries. For example, what was working in the U.S. wasn’t going to work the same in China and India. We pivoted to focus more on geographies that were having these larger volatilities and constraints.

Now we’re actually seeing the reverse; we’re trying to pivot back to see if we can plan for those division- and category-specific levels. Now that the world is normalizing (to a certain extent), the divisions can be in a better place to make tradeoffs rather than at the cluster-location level.

How do you ensure you can be agile and change plans midway while still meeting your marketing goals?

With any campaign, it’s months and months of planning, but things change by the time you deploy the campaign. We have to make sure things land as expected or if we should pivot. Strategically, we do this based on dates of commitments. For example, to get a commercial aired, you need three months to plan, but if you’re sending out samples, you might only need a month.

We have matrices to know when the proper times are to make changes to plans. We work with a lot of customers and vendors, so pulling out on a plan when it’s too late could hurt others, or we could incur a penalty. We’re always making sure we understand the financial risks.

Supply chains are the biggest volatility factor right now. A product just might not be available, or we might not have enough truckers to move the goods. The most complex part of our company is probably within these logistics. Also, with inflation on the rise, it makes variable planning that much harder.

We have multiple financial reserves that we’ve built at different levels. Ice Cream might have its own reserve to be able to pivot how it needs. Then, Food & Refreshments, which it would roll into, would have another reserve.

This gives us flexibility to make decisions without shocking anyone.

Do you have any advice about effective marketing planning that you’ve learned along the way?

For me, planning is one of the biggest examples of where you can’t hope for the best, and you absolutely need to plan for the worst.

I think you have to put the extra mental power and foot forward to be the challenger. Typically, when you’re planning something out, it’s pretty exciting—it’s your baby, your pride and joy—so it’s easy to overestimate and assume everything will go right. But there are a lot of unforeseen things that can happen. And typically, it’s better to overachieve than underachieve in a lot of different scenarios. Look at where you can find that happy medium.

For me, in the financial realm, we’ll always say we’re the challengers in that process. But make sure you do it in a positive way. You don’t want to knock down anyone’s work or be the “doom and gloom.” It’s good to have healthy skepticism.

Check out other blogs in this series here. And stay tuned for more Q&As with innovative marketing leaders. 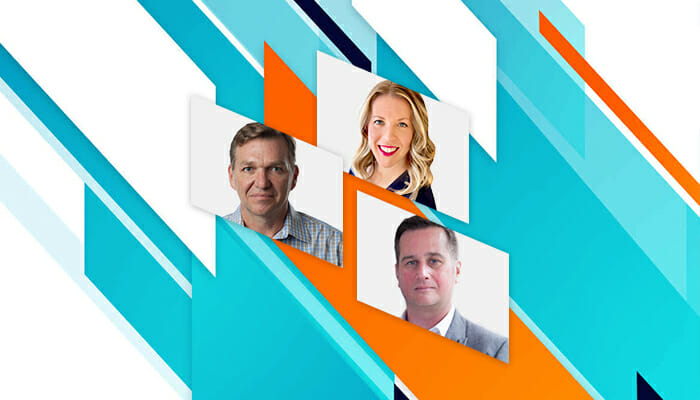 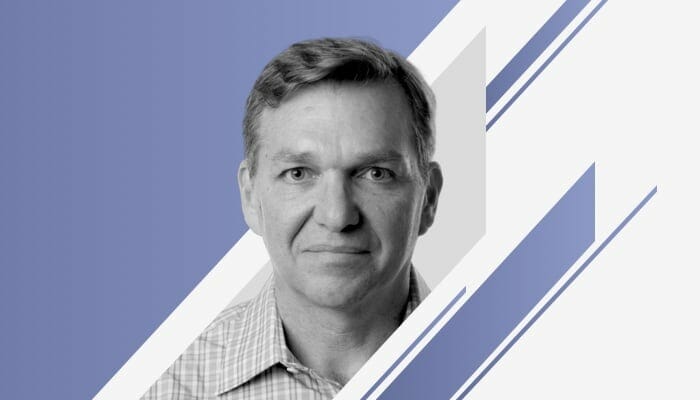 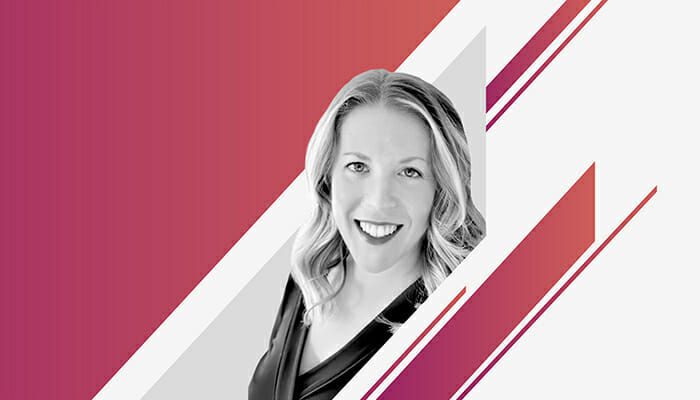 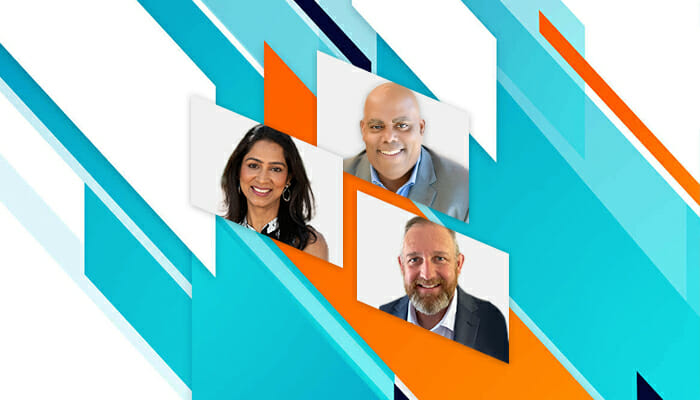 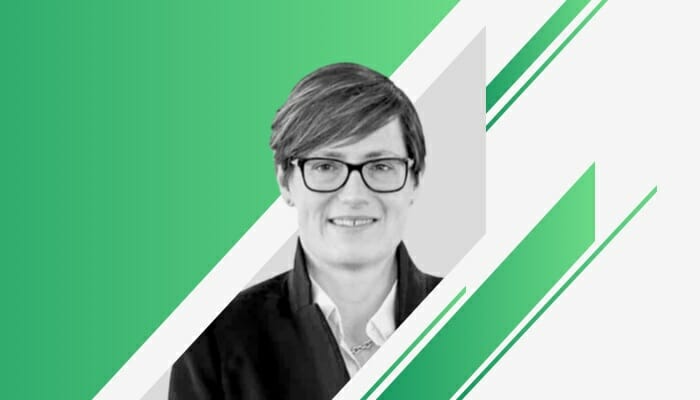 The Keys to Ending Random Acts of Marketing 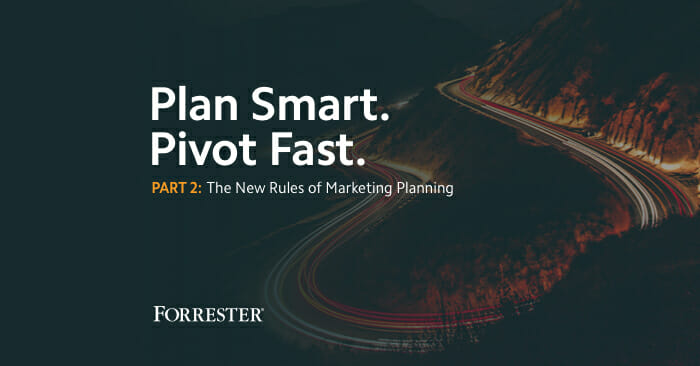 The New Rules of Marketing Planning 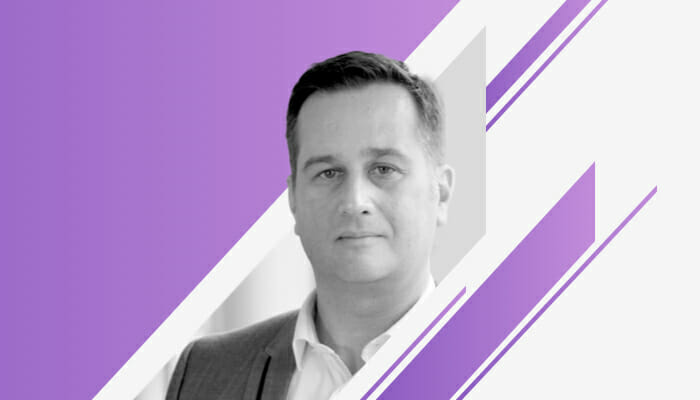 Unplanning and Agility: The New Approach to Marketing Plans 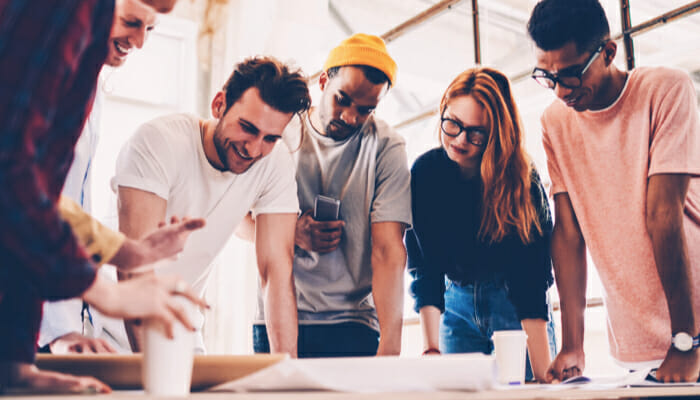 2022 Marketing Planning: Are You Ready to Embrace the Pivot? 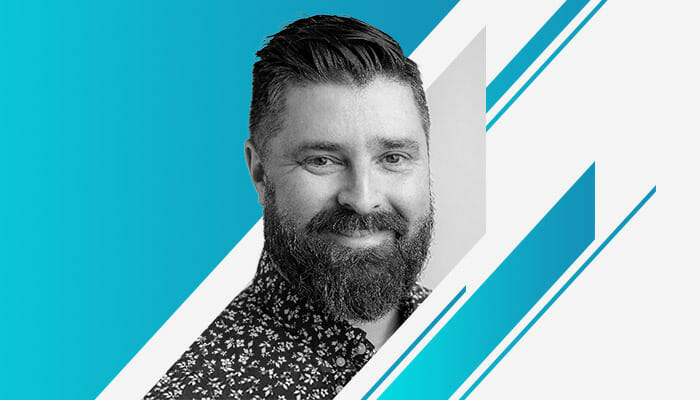 Agile Marketing Planning: Is There a ‘Silver Bullet’? 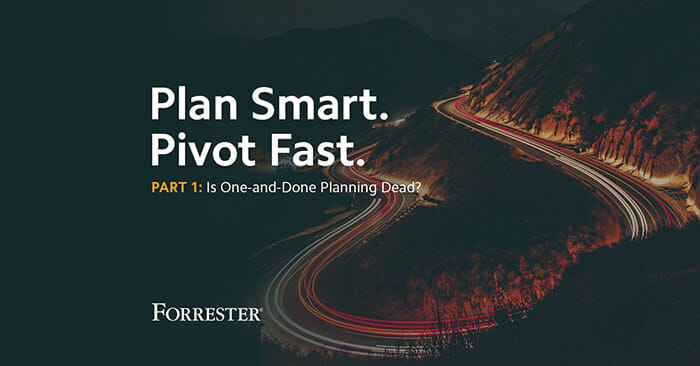 Tips for agile marketing planning on a global scale 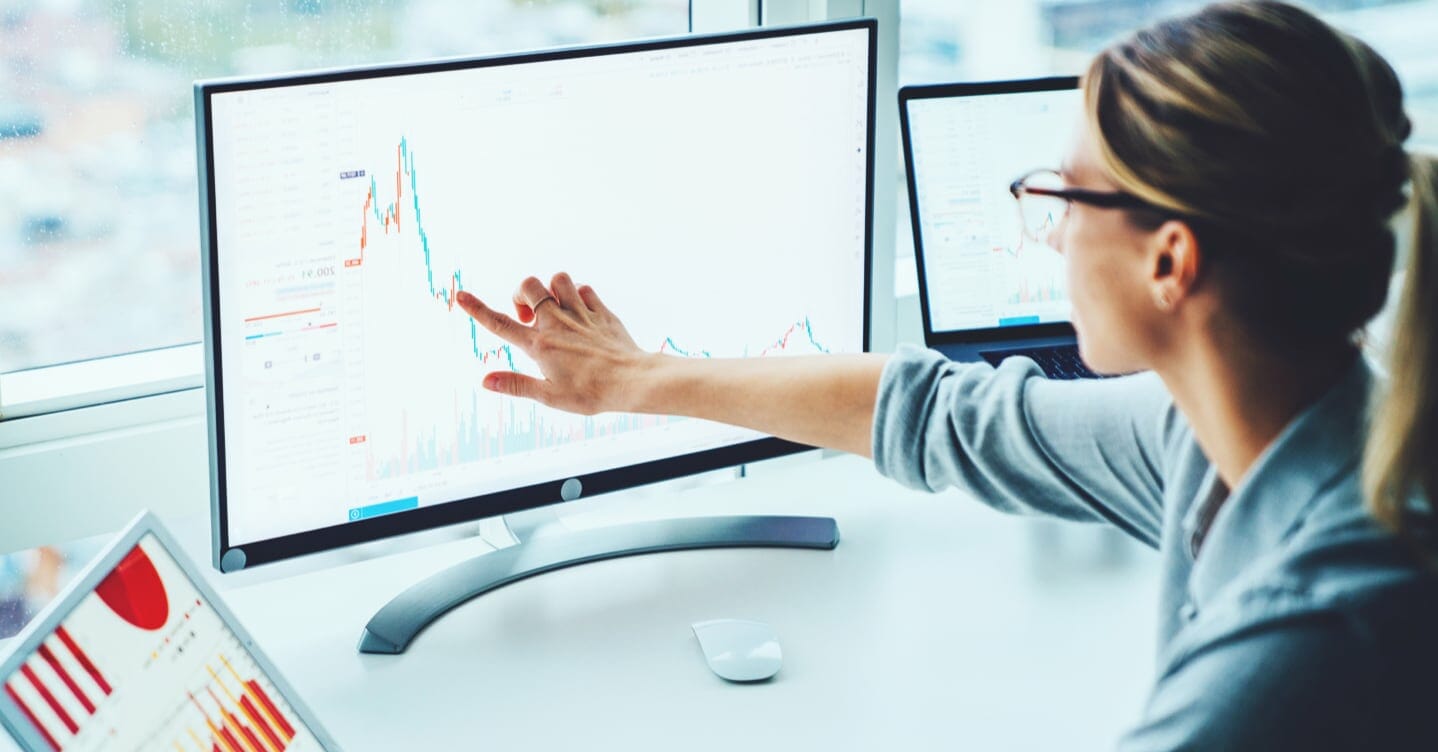 Should Global Teams Pump the Brakes on Agile Marketing?